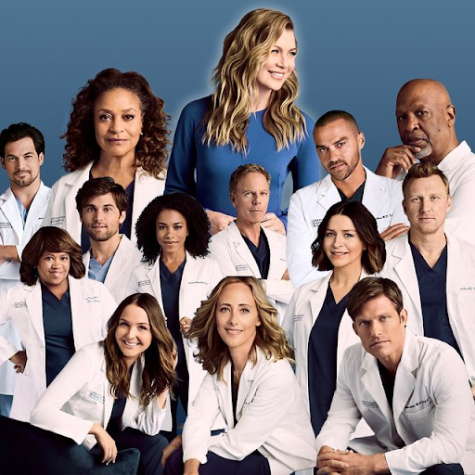 Grey’s Anatomy has been airing on ABC since 2005, and has been going on ever since. They also probably won’t be stopping anytime soon, since season 18 just aired and they had just been renewed for yet another season. Although its storyline involves medical drama/romance, it gets major backlash continuously, and still appears to be controversial. So, the real question is: Is it time for Grey’s Anatomy to stop airing, or should it keep going?

Grey’s Anatomy, created, written and produced by Shonda Rhimes, is one of the longest airing medical dramas. Since 2005, there have been well over 300 episodes, which doesn’t appear to wrap up anytime soon. However, previous fans of the show are starting to bring up the topic that Grey’s has been going on for too long, and that it no longer appeals to how it did back then. On the other hand, there are also fans who encourage adding on to the show, and that it is not too long. Therefore, this brings up major controversy between those who love and watch it, and those who used to watch it but now hate it.

Most people who now dislike Grey’s Anatomy used to be big fans of the show during its earlier seasons. Fans say that throughout the course of the seasons, the more and more the show went on, the less appealing it was to them. The ultimate cause of unpleasant remarks towards the show was due to none other than how the cast had changed drastically, if not entirely. Of course, with most long-running shows, the cast will alter, however, Grey’s Anatomy’s cast has almost completely changed. From the original main characters in the early season, only one is left which is Ellen Pompeo herself. Each of the other 10 main characters, Derek Shepherd, Alex Karev, Izzie Stevens, Cristina Yang, April Kepner, Callie Torres, Arizona Robbins, Jackson Avery, Mark Sloan, and Lexie Grey, had all left the show one by one, and were either killed off, or had left in the show to go somewhere else, leaving fans angry, agitated, and heartbroken.

After interviewing a student at WP on this side of the argument, it seems to be that Grey’s Anatomy has disappointed many fans. The student explained that they “have watched the show numerous times before, but since the changes in storylines, and characters, it really hasn’t been fun to watch anymore, and [they] haven’t watched the show in a long while because it’s uninteresting and thrilling at all compared to the first few seasons.” The student also said they “hate the new characters, and am especially angry that the show got rid of the main character’s that ultimately made up the show and its good storyline.” With this, it is evidently certain that Grey’s Anatomy is slowly losing viewers and fans all at the same time.

On the other hand, other people part of the Grey’s Anatomy fandom has a difference of opinion. Some fans have felt no negative emotions about the drastic character changes. Also, there have been people who think that the seasons have gotten better, and that the show is interesting rather than how it used to seem to them, which was tolerable. Also, there had been people who thought that the changes in the cast had been interesting for the show, and made it more engaging as well, such as the show no longer relying on the title, rather now it is more focused on patients’ stories, the new character’s personal stories, etc.

After interviewing a different student at WP, but on this side of the argument, it seems to be that there may be a balance between people who love and hate Grey’s Anatomy. The student recalled saying, “I wasn’t really into Grey’s Anatomy- like ever, but eventually, after seeing so many edits on my for you page on Tiktok, caved into watching the show. I never did regret it, though, because it’s now my favorite show, and, I know that this is like, super controversial, but I honestly am enjoying the new characters and seeing the main characters move on from the show because it shows how Grey’s is being realistic- I mean most likely no one is going to stay at the same hospital that they did their internship and/or residency for the rest of their career; they move on. Although it is upsetting to watch, it exemplifies real-life situations, and I enjoy that.” That being said, I think that is a great point towards the show, which at one point made me second guess my decision of opinion because I agree, I don’t think the show is trying to be upsetting, but it’s trying to be realistic, too.

In conclusion, Grey’s Anatomy has been and still is a controversial show, mostly because of the duration of the show and its characters. I think that both sides hold great and stupendous points, however, in my opinion, I loved Grey’s Anatomy, however, I think the show is too long. Due to there only being one main original character left in the show, there is nothing that is thrilling or engaging left in that show for me personally. I also believe that with the new actors, the level of acting has gone down compared to the earlier seasons. All in all, it’s not in our hands…it’s up to Ellen Pompeo to decide when the show will end because rumor has it that whenever Ellen wants to be done with the show, the show will end! Despite the controversy, I would still heavily recommend watching Grey’s Anatomy, created by Shonda Rhimes to not only grow the fandom but also have more people draw conclusions and speak their opinions about the show as well.