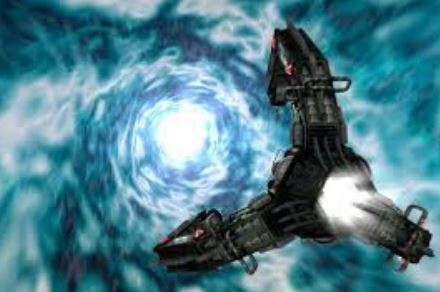 Black holes have forever been a confusing concept, even for scientists. Black holes have a gravitational force so strong that it can bend light, just like a mirror. Black holes are capable of producing more energy than is put in, so firing a laser at a pair of them could let you travel the galaxy without needing a large amount of fuel. An interstellar spacecraft could use this process to “steal” energy and provide a speed boost, making its travel quicker and more energy efficient. Scientists already use this process of stealing energy; a spacecraft heading from Earth to the outer solar system got a gravitational assist by being slingshotted around Jupiter. This process sped up the spacecraft ever so slightly and faintly slowed the planet’s rotation. Theoretically, interstellar space travel would be possible by performing this same process.